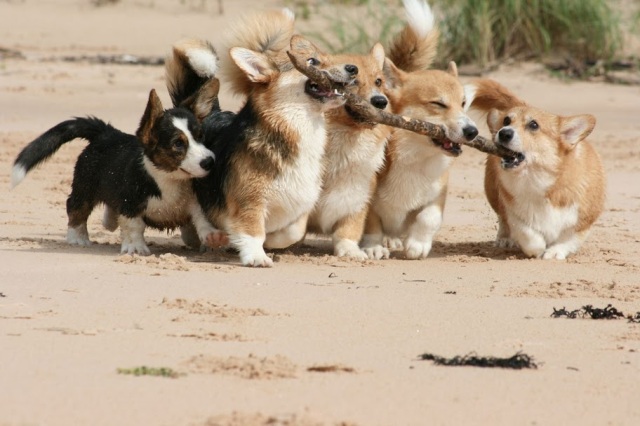 People do what people do. Mostly, with those around them.

I recall once getting coerced into running in a charity 5k race (being a good dad, I thought that was the thing to do with my then 14-year-old son). I trained for quite a while, and was in OK shape, at least good enough to finish the moderately hilly race. Not with any particular speed, but finish regardless. So, there are around three or four hundred folks, ranging anywhere in age from 12 to 80 (there was a walking component), and the starters’ gun went off. What did I (then around 40 years old and not the most fit person) do? I got caught up in the pack at the head of the group. For about a half mile, I kept pace. This was with high school cross-country runners going at what seemed at like a sub-5 minute mile pace. Had I been running alone, there is no way I would have even considered blasting out at that pace, but with all of those other people around me, off I went. Physics eventually won out & I finished the rest of the run at my normal turtle’s pace. Regardless, the effects of that moment left quite an impression.

I think that the workplace is very similar. Put someone in a productive, supportive, energetic environment, and odds are that they will adjust their behavior to the rest of their pack. Stick them in a defeated, risk-averse (check out my post on risk: https://michaelrodbell.wordpress.com/2011/03/01/risky-business/), and more than likely, they’ll behave an awful lot like the rest of their team. I’ll bet you’ve seen similar things. Emotions and behaviors are contagious.

There are also those rare individuals who take on leadership roles. Could be the group’s manager, but not always. Sometimes its a team member whose interactions with the rest of the team are the most profound. I’ve always been happiest when that individual is impassioned, talented, and has significant skin in the game. Could also be the most vocal, depressed, unhappy person in the room. Guess which one’s better to have around!

One of the biggest challenges I’ve faced as a manager is to find a way to implement positive, sustaining, change. A key aspect of that change is getting momentum (or energizing the elephant in the words of the Heath brothers in switch:  http://heathbrothers.com/). People like being a part of something positive. Assuming that you can paint a picture that helps them see a path from their current state to a new (presumably happier one), those positive sentiments and behaviors can create a contagion.

So, what’s the takeaway here? I think that its important to recognize that a big part of your role as a leader is to find a way to ignite people’s passion both as individuals, reinforce those messages by engaging the team, helping them understand their impact, and above all being able to look around them (which gets really interesting when the team isn’t colocated, a topic for later), and feed off of one another’s energy. When things play out in this way, great things usually happen.

I'm a technology leader, engaged in developing software for the telecom, online commerce, and business process/analysis markets. All of the teams I've worked with have had a great deal in common. They need to be good at what they do, listen, share, and collaborate towards a shared set of goals. This blog is dedicated to those activities. I hope you enjoy reading it.
View all posts by Mike Rodbell →
This entry was posted in Change and Behavior, Group Dynamics and tagged Group Dynamics, leadership, Organizational Dynamics, Tribal Behavior. Bookmark the permalink.